Sprouts in the Hood

Exploring My Hood Through Food and Lifestyle Photography

End of the Summer Tomato Salad at Spice Acres 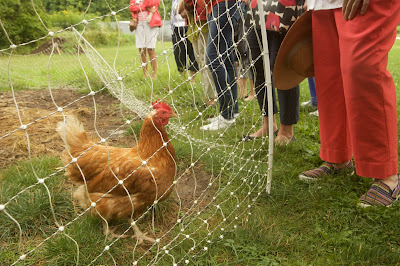 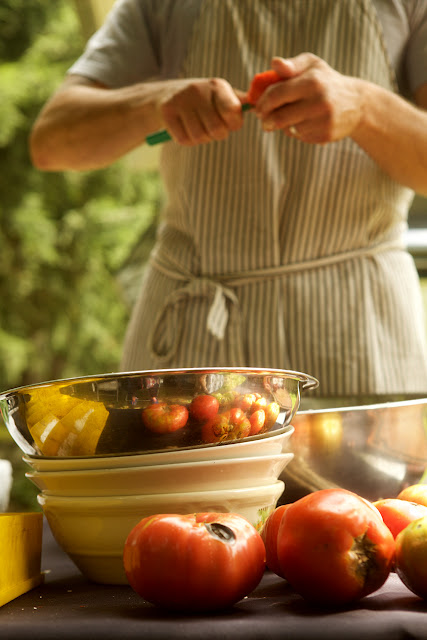 Chef Ben Bebenroth finely chops and crushes the fresh herbs, so the oils release and the flavors of ginger, basil, garlic, and mint merge together.  He then adds a vinegar, which he made from remnants of left over beer to the mix, along with oil and salt.   The dressing is poured it over ripe, end of the summer tomatoes, cucumbers and red onions.

The left over scraps from the meal were were used to both fortify the dirt and give Charlotte,
the pig. an afternoon snack.